Skip to content
In this article, you are going to learn that what is a surge tank its functions types, etc. in details.

So, let’s move on without wasting much time.

What is a Surge Tank?

Surge tanks are installed on large pipelines to relieve excess pressure caused by water hammer and to provide a supply of water to reduce negative pressure if a valve is suddenly opened. 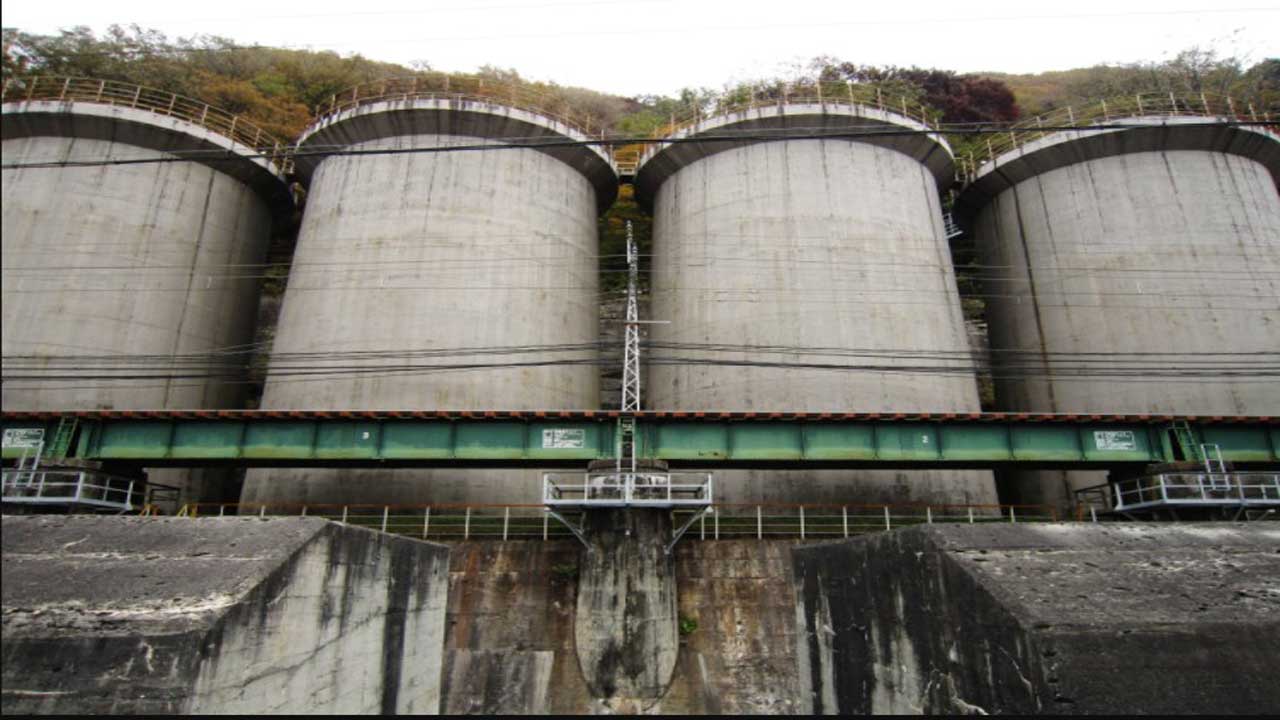 A simple surge tank is a vertical standpipe connected to a pipeline. The valve might represent turbine gates which may open or close rapidly with changes in load on the generators.

With steady flow in the pipe, the water level ‘Y1’, as shown in the below figure, in the surge tank is below the static level (y = 0).

When the valve is suddenly closed, water rises in the surge tank. The water surface in the tank then fluctuates up and down until damped out by fluid friction.

The energy equation for unsteady flow, neglecting fluid friction and velocity head in the surge tank and loss at pipe and surge-tank entrances, can be written as

and the continuity equation as

where y is the water level in the surge tank measured from the static level (positive upward), L, f, and D are characteristics of the pipe between the tank and the reservoir,

…and As is the cross-sectional area of the surge tank.

Combining these two equations, integrating, and solving for V yields.

which expresses the relation between velocity in the pipe and water-surface level in the tank over the interval from valve closure to the top of the first surge.

Equation (3) may be used to estimate the maximum height of surge ymax by finding the constant of integration C for steady-state conditions at the instant of closure (y = y1) and then solving for ymax when V = 0.

Since the derivation neglected tank friction and velocity head and entrance losses and assumed instantaneous valve closure with all water-hammer effects dissipated in the tank and not the pipe, the estimate of ymax will be too large.

However, the results provide a conservative estimate for preliminary design of simple surge tanks.

Principles and Functions of Surge Tank.

Surge tanks are usually open at the top and of sufficient height so that they will not overflow.

In some cases, overflow is permitted if the water can be disposed of without damage.

The bottom of the surge tank must be far enough below reservoir level so that the tank contains water at all the times to prevent air from entering the pipe.

Surge tanks reduce the pressures only in the pipe from the tank to the reservoir, and hence the tank should be as close to the turbine as possible.

A surge tank is not economical on an extremely high-head line because of the great height of tank required.

In such cases, a decrease in the delivery of water to the turbine is best accomplished by use of defection nozzles or bypasses, which do not require an immediate decrease in flow through the pipe itself.

An underground surge tank on the Appalachia project of the Tennessee Valley Authority (TVA) is 233 ft high with a riser 16 ft in diameter and a tank 66 ft in diameter.

Surge chambers for tunnels may be excavated in the rock above the tunnel if geologic conditions are favorable.

In cold climates, a surge tank must be protected from freezing. Electric heating units have been used successfully for this purpose.

The simple surge tank is often adequate for low heads, but under high heads some modifications to improve the damping action and minimize cost are desirable. 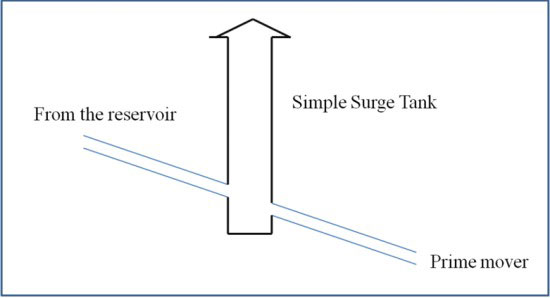 A restricted entry increases the damping action and reduces the initial surge. 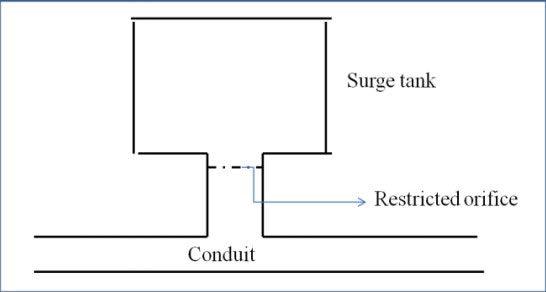 If the tank is closed at the top, the air cushion absorbs a portion of the water hammer and the tank need not be so high as a simple surge tank.

Differential surge tanks have a vertical riser about the same diameter as the pipe.

The flow of water into the main tank is limited by the capacity of openings in the riser or an opening around the base of the riser. 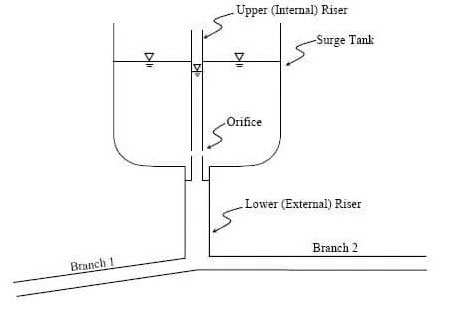 Water levels fluctuate more rapidly in the riser than in the tank, with the result that the fluctuations are out of phase and the oscillations in the riser are damped out more quickly than in a simple surge tank.

The diameter of the outer tank of a differential surge tank needs to be only about 70 percent as great as that of a simple surge tank to achieve the same effect. 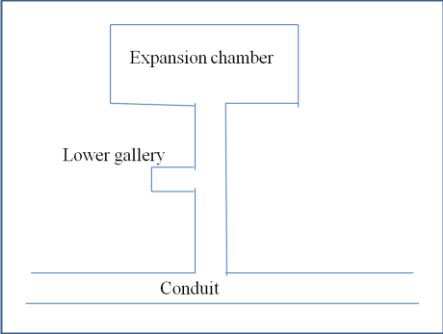 The above-constructed galleries are used to absorb the excess pressure.

And the below-constructed galleries are used to store excess water and release it at the time of need.

In this type, the surge tank is constructed with some inclination. 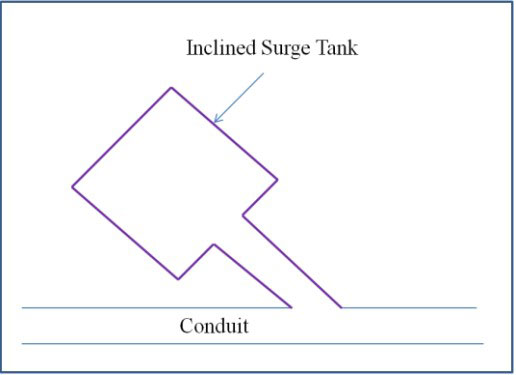 It is done when there is a limit in the height of the tank.

What is Gravity Dam and its Construction?
Pipe System Design – A Complete Guide.