In nature, there are different types of rocks available, i.e., rocks are classified into three categories, Geologically, chemically, and structurally.

This classification is based on the mode or process of formation of a rock. Thus, some rocks may be formed from natural hot molten materials.

Others may be formed at ordinary temperatures from compaction of particles or sediments, and still.

Therefore, in the geological classification of rocks following three types of rocks are recognized.

All those rocks that have been formed by cooling and crystallization from an originally hot and molten material are grouped as Igneous Rocks.

They are the most abundant rocks of the crust depth-wise. The hot molten material occurs below the surface of the earth and is known as MAGMA.

Quite Often, it erupts out at the surface as LAVA from cracks in the crust called volcanoes.

(a) PLUTONIC:  Formed at great depths, generally from 210 km below the surface. These have coarse crystals.

(b) HYPABYSSAL: Formed at the intermediate depth below the surface generally up to 2 km. These have mixed characters.

The Platonic and Hypabyssal are sometimes grouped as INTRUSIVE ROCKS.

(c) VOLCANIC: These are formed on the surface of the earth, even underwater in oceans from the cooling of lava from volcanoes. They are also called extrusive rocks and are commonly made up of very fine crystals.

Read More: What is Dressing of Stones. Its Types & Methods. 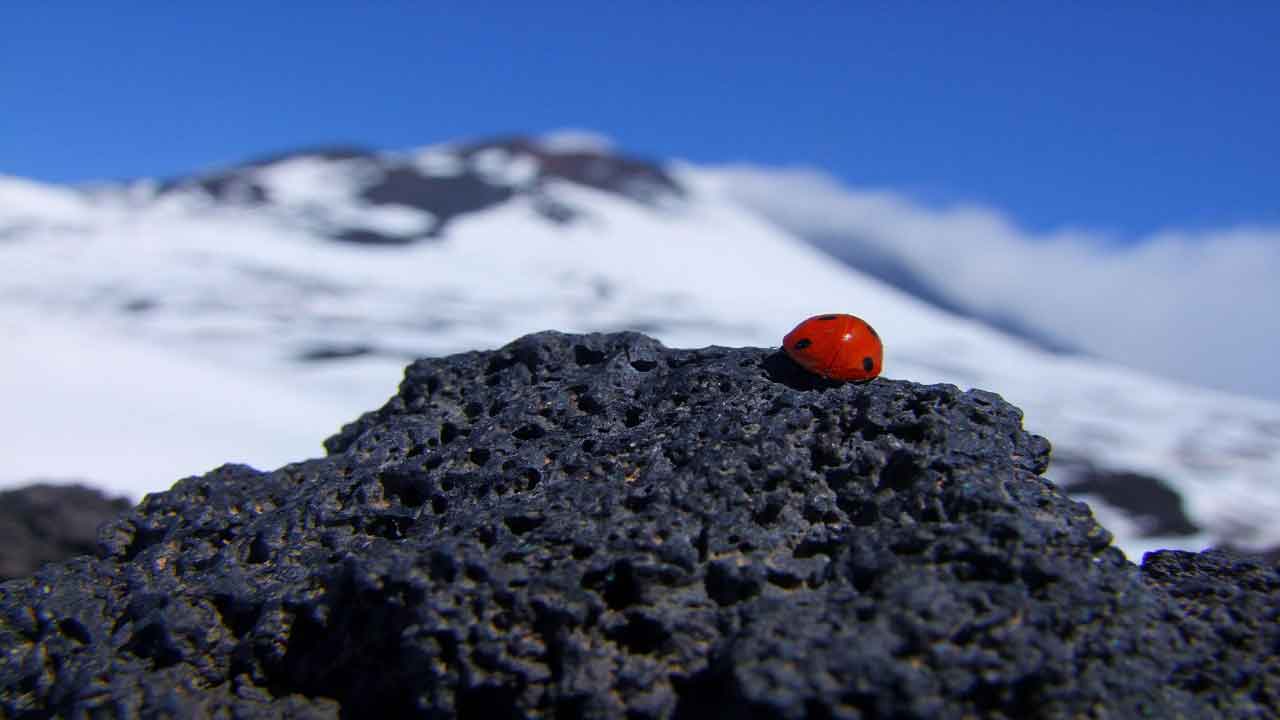 These Types of Rocks are also called secondary rocks.

At any time, the existing rocks on the surface of the earth are being broken into smaller particles by the natural process of decay and decomposition called weathering and erosion.

Atmospheric gases, temperature variation, wind, water, and ice are some natural agencies which break the existing rocks into small fragments and sediments.

These particles are then carried away and deposited at other places such as at sea-bed, lake-bed, river-bed and so on.

Gradually, the accumulated particles get compressed and compacted under their own load and are thereby transformed into rock-solid cohesive masses of particles.

In some cases, the particles may be bound together by some natural cementing material; with or without any pressure. These are also sedimentary rocks.

In seas and oceans, a large number of sea-organisms live and die. Their hard parts also accumulate at the sea-bed and are gradually transformed into rocks.

The sedimentary rocks are very widespread, area wise, on the surface of the earth. Depth-wise, however, they form only a small proportion of the crust. 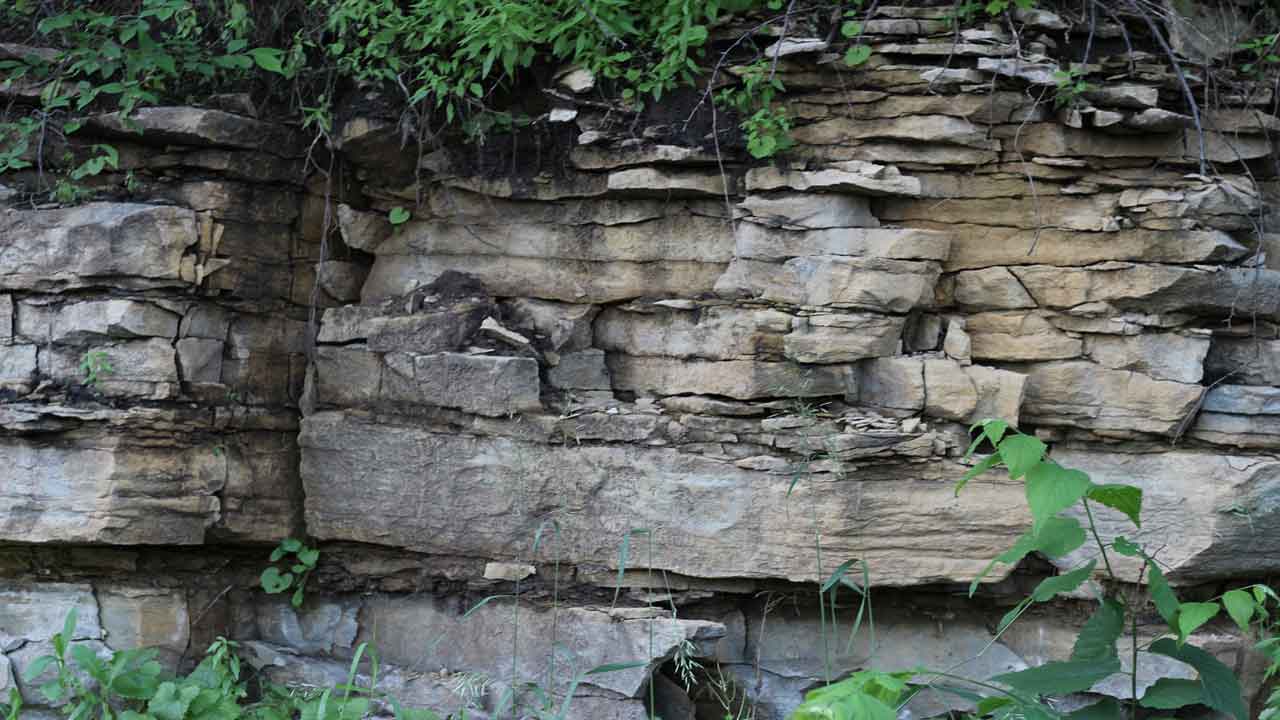 This rock type is originally either igneous rocks or sedimentary rocks which have undergone some change in their structure, shape or composition.

The change might have been due to an increase in temperature or pressure or both. Sometimes, the change is due to some chemically active fluids that act on the pre-existing rocks.

The nature of change in the rock will depend on;

(i) The nature of existing rock.

(ii) The type of factors operating on the rock (temperature, pressure, fluids).

(iii) The intensity of factors.

(iv) The duration of action.

Very interesting new rock type may be formed from pre-existing igneous or sedimentary rocks depending upon the above conditions.

Thus limestone, a sedimentary rock, may change to a variety of MARBLES.

Similarly, sandstone, again a sedimentary rock, may change into a very hard QUARTZITE.

Granite (igneous rock) changes to GNEISS and shale, a sedimentary rock, into the so well known metamorphic rock SLATE.

Another very important fundamental fact about these metamorphic changes in rocks is that they all take place essentially in a solid state.

The original rocks are heated and compressed but seldom melted. (Once melted and recrystallized, they form igneous and not metamorphic rocks). 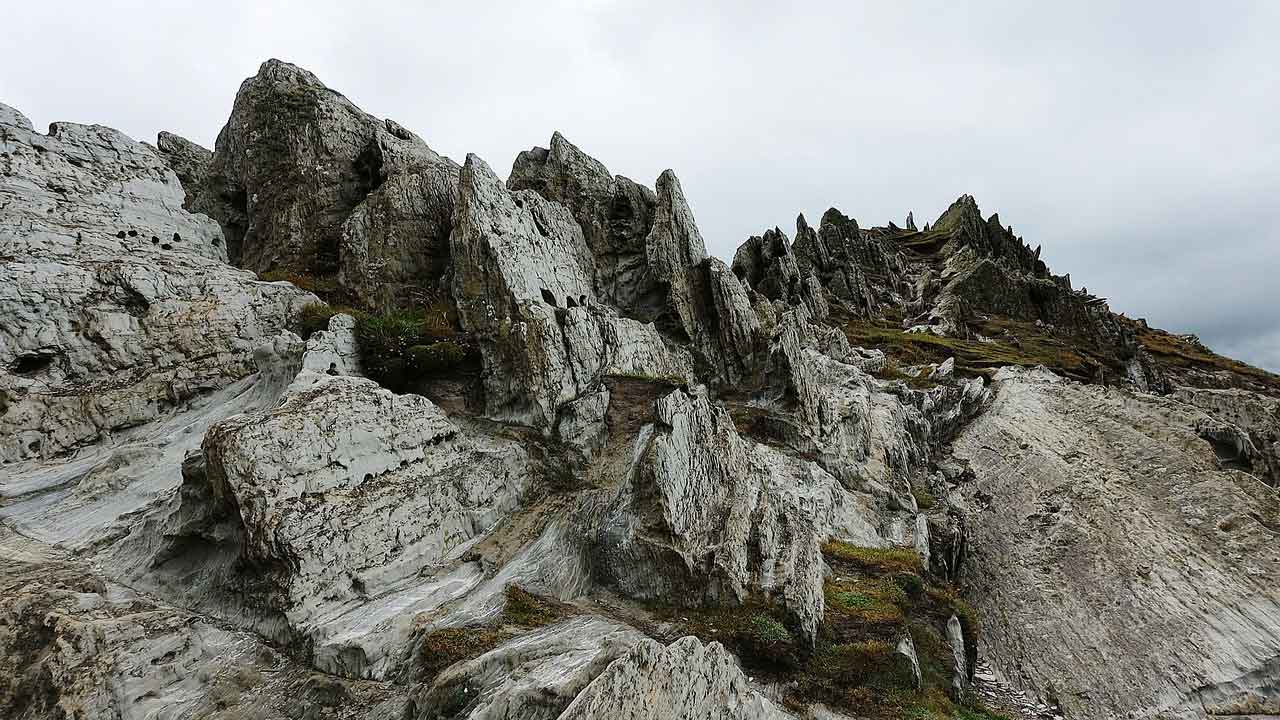 On the basis of dominant chemical composition, following three Types of Rock are commonly recognized.

These rocks have silica (SiO2 > 50%) as the predominant component. Some sedimentary and metamorphic rocks like QUARTiZITES may be made up almost entirely (98-100%) of silica.

Naturally, they are considered among the strongest building stones.

Some igneous and metamorphic rocks like GRANITES and GNEISSES respectively have predominantly siliceous composition.

In these types of rocks, the dominant component is a CARBONATE > 50%, generally of Calcium and also of Magnesium.

Most commonly they belong to sedimentary and metamorphic groups of geological classification.

Best known examples of calcareous or carbonate rocks are LIMESTONES, DOLOMITES, and MARBLES.

They are mostly sedimentary and metamorphic rocks having CLAY > 50% (hydrous alumina silicate of Ca, Mg, Ka, etc.) as the predominant component.

The sedimentary varieties are known as clay stones, siltstones, and shales. They are generally soft and disintegrate easily in the presence of water resulting into muddy slush.

The metamorphic varieties are phyllites and slates. These represent thoroughly baked and indurated shales.

They are quite hard and brittle but being invariably thin-layered are of only limited use in building construction.

Read More: What is Bulking of Sand | Its Classification & How to Calculate it?

Watch the video Below to understand the Types of Rocks easily.

The three types are:

These types of rocks are free from any layered structure. They form extensive masses of almost same general structure depth-wise and area-wise. Most of the igneous rocks fall in this class.

In this rock type very easily observed layered structure is the dominant quality. The layers may be thin (1 cm or so) or thick (1 m and above) and of same or different color and composition.

Most of the sedimentary rocks are stratified in nature. 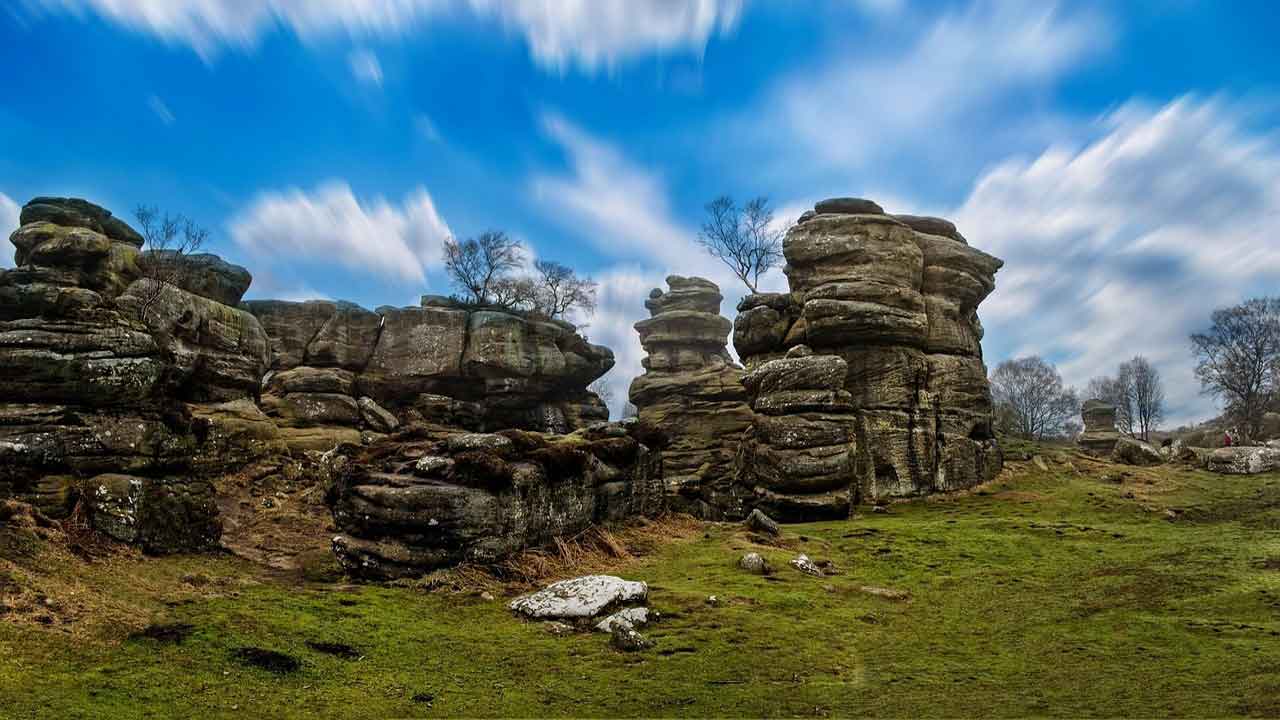 These type of rocks generally belong to a metamorphic group where a layered structure has been induced under lateral pressure.

In a foliated rock, the layers are easily separable as the cohesion between the adjoining layers is least, sometimes negligible.

The best example of a foliated rock is Slate, Gneisses, and schists also show foliation.

2 thoughts on “Types of Rocks | Classification of Rocks.”