Orientation is an important aspect of all type of construction in Civil Engineering.

Knowledge of Building Orientation is a must have for all Engineers, Planners.

In this article, You’ll learn about the Orientation of Building, its objectives, factors affecting building orientation, etc.

The orientation of Building.

The arrangement of different parts of a building in some specific direction is called Orientation of a Building.

The orientation provides easiness to the inhabitants.

After selection of the site of a building, the design of its construction starts.

Building Orientation ts the first phase of the design. 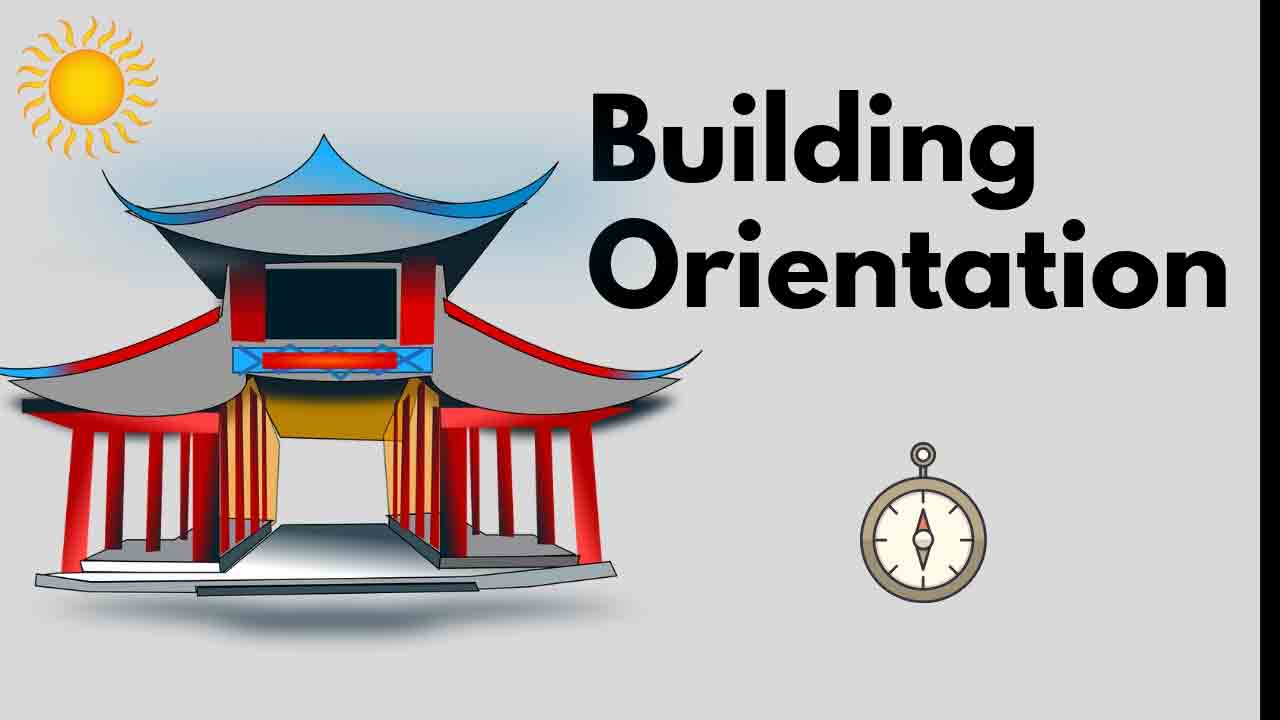 The orientation of a building is done for the following purposes:

(i) To give the correct direction to the building according to the surroundings.

(ii) To Provide natural light and air to the inhabitants.

(iii) To save the inhabitants from dust and smoke.

(iv) To save the inhabitants from noise.

(vi) To save the building from damages due to rain.

(vii) To save the inhabitants from the bad effects of the worst weather.

(viii) To add beauty to the building

The following factors affect the orientation of a building:

The orientation of building should be fixed in such a way that the sunlight should enter all parts of the building through doors, windows, and ventilators.

Various germs take birth in those rooms where sunlight does not enter.

These germs become the cause of various diseases.

2. The direction of Road/Street:

Orientation is also much affected by the direction of the road or street.

If some plot is situated between two paths, then the front view of the building should be to the side of the major path.

Surroundings should also be considered in the orientation of building.

It also includes the method of their construction, ways of living of the neighbors.

The direction of wind blowing throughout the year should also be kept in mind.

Favorable and unfavorable winds should also be taken into account.

Humidity affects a building very much. Therefore, the direction of rainfall should be assessed. 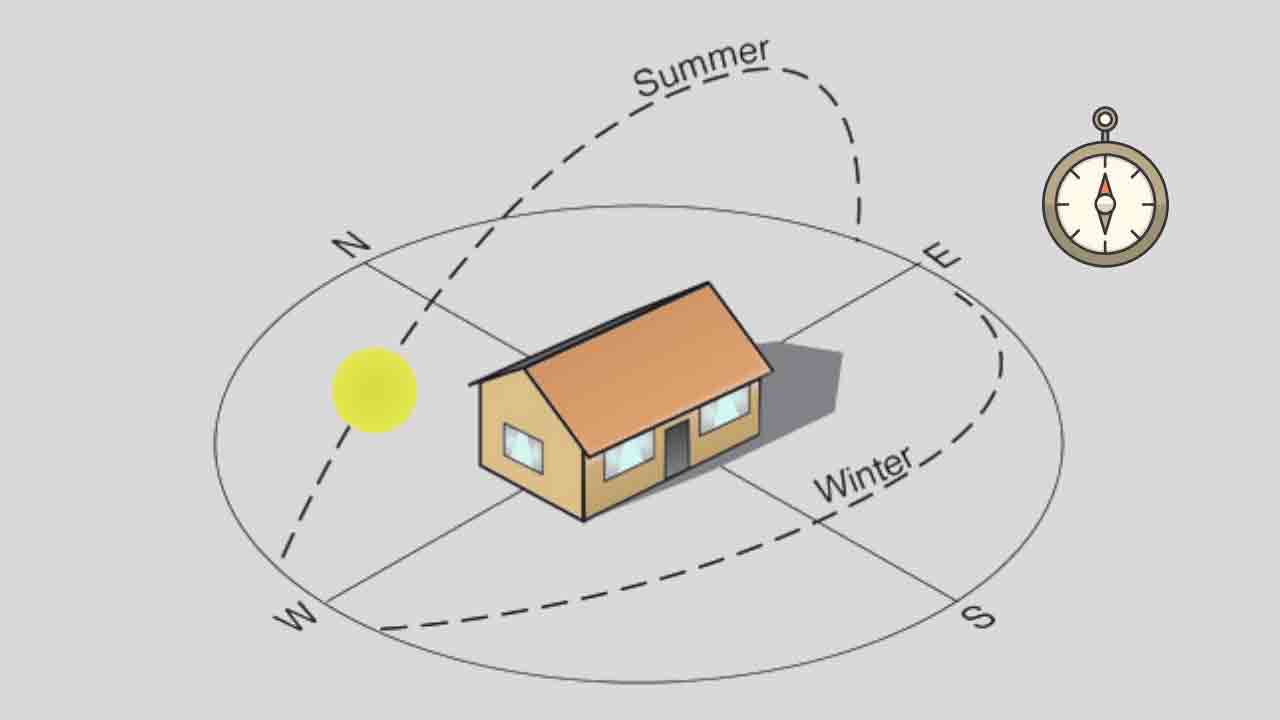 Read Also: Resilient Flooring – Its Types and Methods of Construction.

Some room needs much sunlight while the other needs less of it.

In this case, the rotation of the sun has much importance.

The rooms which need much light are arranged to the East and South direction like the kitchen, bathroom,  drawing room, etc.

Following things should be kept in mind while arranging the rooms:

(i) The kitchen should be given the direction between North East and South East.

(ii) The drawing room should be given the direction between South East and South West.

(iii) The drawing room and the T. V. Lounge should be in the extreme of South East direction because much light is available there.

(iv) The bed room should be given the direction between South East and North West.

(v) The suitable place for store and staircase is between North-East and North-West because less time is spent there and they need less light.

(vi) The verandas are constructed in the direction of South West because the Sunlight is severe in summer in this direction.

Watch the video below for better understanding.

There should be a connection between the various parts of a house to facilitate the residents.

In this connection the following parts should be immensely related with one another:

(i) There should be much relationship between drawing room, dining room, kitchen, and pantry.

(ii) There should be much relationship between the bedroom, bathroom, dressing room, and study room.

(iii) All the parts of a building should be covered through a passage like a veranda.

This will facilitate to move from one part to the other part of the building safely in the case of severe rain or hot sunlight.